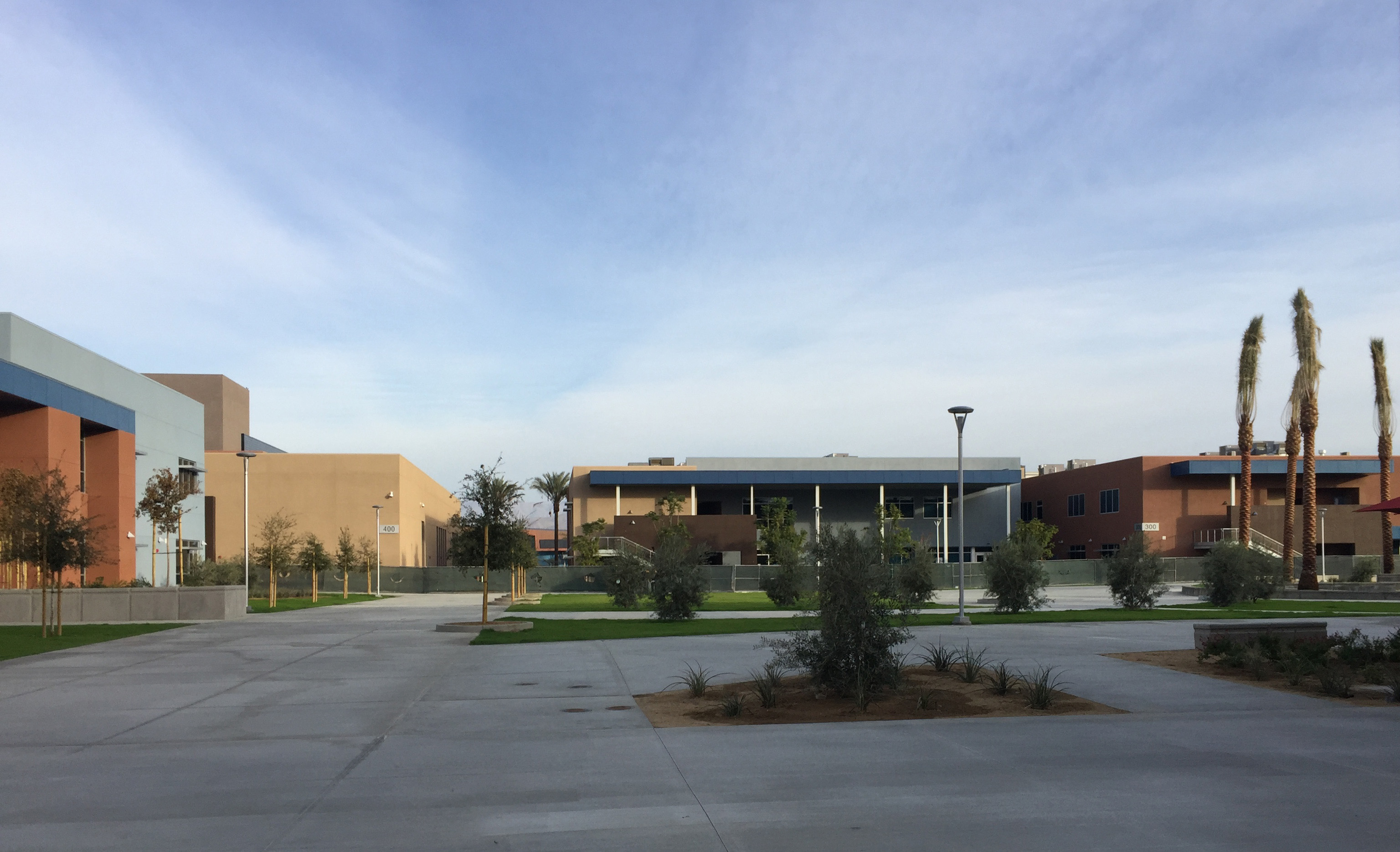 Indio High School, located in the City of Indio along Highway 111 in the center of the Coachella Valley, was the first high school in service for Desert Sands Unified School District. Originally constructed in 1958, the campus layout had run its course by the 2000’s. In 2010, a multi-phase tear down and reconstruction process began to create an entirely new campus, while allowing students to continue attending in the process. This was the most challenging phasing exercise Epic had ever taken on, having multiple increments including interim designs in each of the three major phases of construction.

Many existing site features were worked around in the process, allowing existing facilities outside of the current phases to continue functioning while the new school took shape. Beginning with interim portable housing in 2010, construction progressed incrementally for 8 years until the final touches were made to the sports fields in early 2018.